Weaning A Baby With Reflux - Our experience - What Katy Said 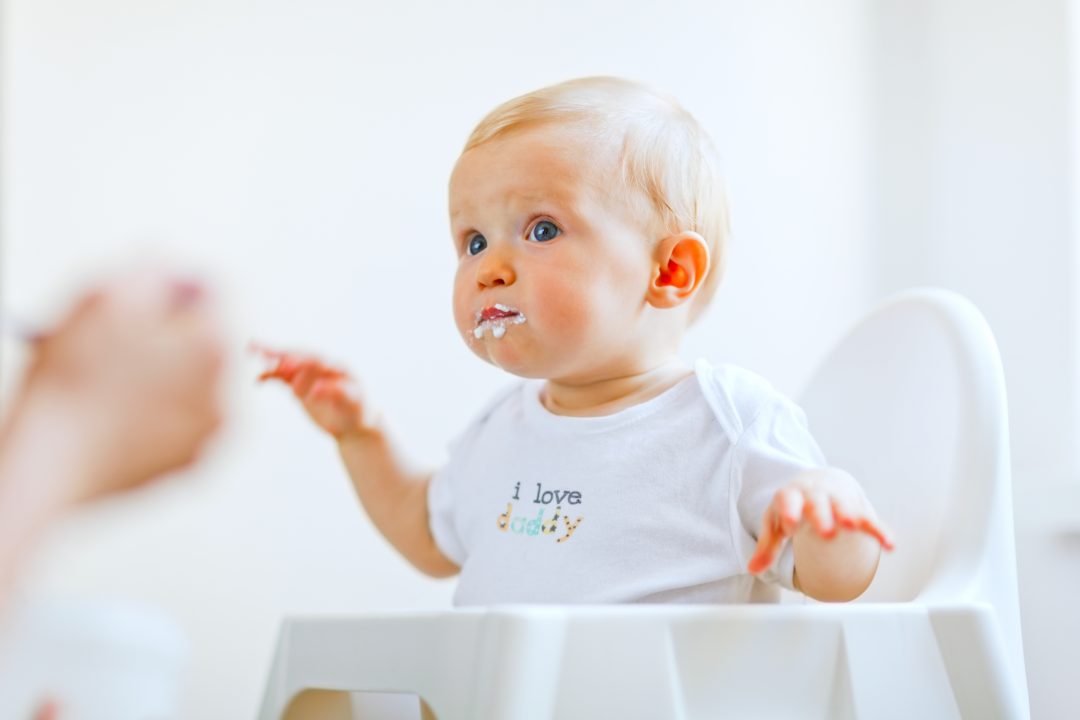 Weaning your baby should be an exciting time. Introducing them to new flavours and textures and watching their little faces screw up in disgust is so much fun!

This is how it is for most parents and you will hear stories of ‘oh my baby is eating this that and the other now’. However, parents with a reflux baby will find this time stressful and upsetting.

Not sure if your baby has reflux? Take a look at my experience with silent reflux and reflux here.

We found out Lily had reflux fairly early on. Grace had silent reflux and many of the symptoms are similar, so we knew what we were looking for.

Of course, reflux is more obvious and easier to diagnose due to the huge volume of vomit brought up by the baby after a feed.

I don’t think people fully appreciate the amount produced unless they witness it for themselves. You will hear ‘all babies are sick after feeds’ but there is a big difference between possetting and bringing up a whole bottle!

When to wean a reflux baby

My advice is to do what is best for your baby.

We tried weaning early at 4 months as it had indeed helped Grace with her silent reflux. However, it was completely the wrong decision for Lily as it made her reflux worse!

After her first experience of food (baby rice with milk) she screamed and screamed in pain. This lasted for hours and there was nothing I could do to comfort her.

Eventually, she vomited the whole day’s feed back up and settled down for the night. That was the end of that!

At 5 months I tried again, thinking that after a month her reflux may be starting to improve. I researched ‘reflux safe’ foods and found that pureed pear, courgette and melon were good starting points.

Unfortunately, Lily only ever got to eat one pot as once again, she had an evening from hell ending in her whole room being sprayed with sick.

Food is fun until they’re one

We made the decision to hold off weaning until she was one as really they only need milk up until that point. Instead, we went down the baby-led route, allowing her to grab at food as and when she wanted.

She did go through phases where she was hungry but in those cases I upped her milk and she settled again. As long as their weight is good I don’t think you need to worry.

Do you have a baby with reflux or silent reflux? What is your experience?

Take a look at part 2 of our weaning journey to see how we got on.

I’ve been doing a bit too much window shopping o

Hiding indoors away from the thunder and lightning

✨My babies✨ Just love this photo. They all loo

Inside: Review of the Osmo Pizza Co. and Detective Agency games | Press Samples. We have been big fans of...