There are not many toys to grab Little G’s attention, most of the time she will play with them once and they will end up in the conservatory with the others. She has a few favourites, those she has had since she was a baby, but they live on her bed.

For the past week or so she has found herself a new best friend – move over LJ! Freddy Bear now goes with us wherever we go and the best bit is he talks to her! She thinks there is some sort of magic involved and I am not going to be the one to tell her otherwise!

Freddy Bear is such a great idea, not only does he look really cute and cuddly but he links with an app on your phone or tablet to gain more information about your child! Honestly the look on her face when he called her by name and knew her favourite movie was Frozen was absolutely priceless!!

The app is really easy to use, it prompts you with a few questions and then you link to the bear via Bluetooth. As long as you are within the app he will continue to talk. Should you have to close down the app he does still talk but with general phrases that are non-specific to your little one.

Another great thing about him is the fact you can use the app to read stories and play games and he joins in. She will sit with him for absolutely ages and talks to him as if her were a real bear- melts my heart it really does!

We had a slight issue in the beginning in that we couldn’t turn up his volume when in app mode. However if you find this issue you simply need to use your phone, go to app volume settings and turn it up to full volume- sorted! The only other thing I would say it I wish he had a bit more of a cute voice rather than the computer robot style but it doesn’t seem to bother Little G at all.

All in all this is definitely a great buy for any child! 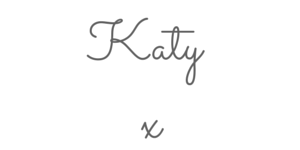 We were sent Freddy Bear in return for an honest review.

Have you got sun? THIS is the kind of autumn I lik

Until next weekend 🧡🍂✨ Not entirely sure

I didn’t expect loungewear to be such a popular

Swore I wouldn’t get a Teddy coat. Thought they

You are probably going to think I am mad but I really do enjoy rainy days. I am not saying...